Hello,
I´m evaluating a custom board with SX1262 based on the reference design and currently, my CW at 868.3 looks like this: 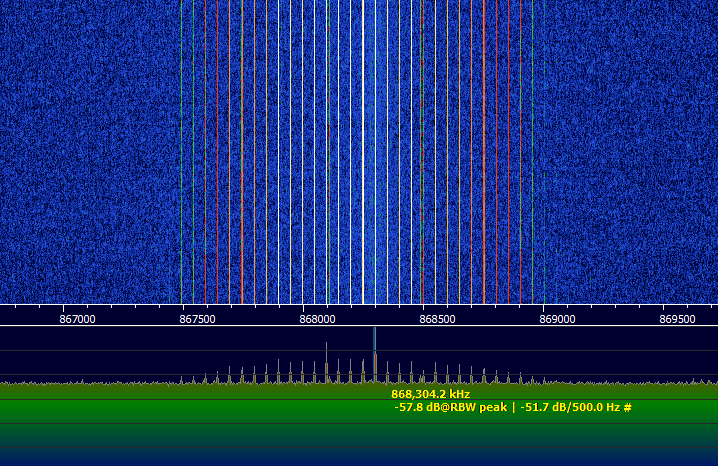 I will presume that I should only see the fundamental frequency and ask if there is somebody who can give me a little bit of direction on what could be the issue.

How far from the reference design is your custom board?

The main difference would be that I have separate power for VBAT_IO and the rest. VBAT_IO is on 3V and the rest of the IC on 3.6V.

Also, TCXO where I have some troubles with blocking capacitor, I wasn’t able to get nice signal out, at first I had the clock attenuated to something like 0.2Vpp, now I was able to get it over the datasheet specs, but with a little bit of DC bias. But as I was playing around with it I didn’t see any change in CW behaviour so I left this issue for later.

I would like to add that I tested the same FW with different SX1262 HW and CW there looks as I would expect.